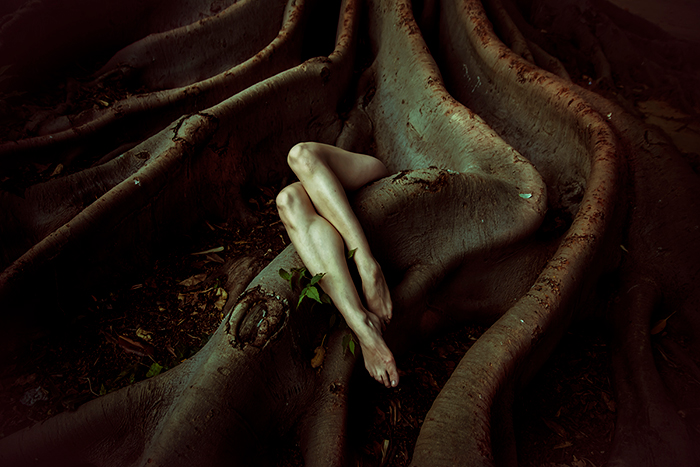 Leila Amat has always considered herself a “Ideas and Dreams” photographer, although her work has a meaning within the framework of constructed photography. Through her work, she acquires the consciousness of the "I" to project it via an image and becomes the director of her personal universe, within one of the most introspective photographic currents that exist. Photography becomes a tool through which it channels its interior to explain it and talk about itself. From that internal reality, in addition to the external one, he will know how to select what belongs to him and transform it into something similar to a meta-reality, that is, photography has a charge of absolute truth within our inner and outer universe of which everything is part that we can perceive and understand, as that which we cannot perceive or understand. Many have dared to describe this type of photography very accurately and concisely as "Constructed Photography", since it intervenes and manipulates reality, generating an image out of nowhere. Without the existence of the photographer, that composition would never have occurred in the visual plane of any other person. This type of photography is based on imagination. Stimulating the imaginative process allows you to manipulate information generated within us, in order to create a representation perceived by the senses of the mind. It is a potentially creative process, because in the absence of stimuli from the environment, we are capable of inventing. Imagination allows Leila Amat to think about something that was previously perceived but is no longer present. The procedure is nourished by memory to manipulate information and relate it to experiences that do not depend on the current state of the organism, so it is understood that it takes elements previously perceived and experienced, and transforms them into new stimuli and realities.