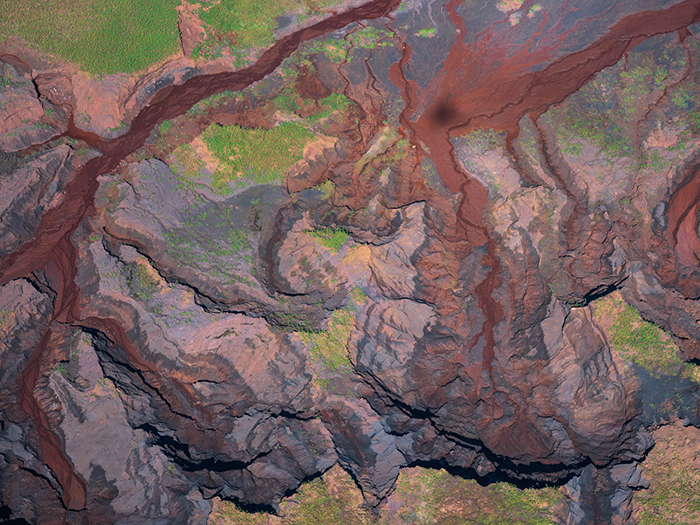 Júlia Pontés is an investigative artist, photographer, and activist living between São Paulo and New York.

She graduated from the International Center of Photography (ICP) and has been selected twice for the New York Foundation for the Arts Emerging Immigrant Artists Program.

Since 2015, Júlia has been working on a project on the environmental and humanitarian devastation caused by mining in Brazil. . She is a member of a group of Brazilian academics and researchers studying the impacts of mining in Brazil and graduated in Law and Economics and her research addresses the economic effects of mining legislation in the country.

A tailings pond is a huge engineered structure that holds mining waste, mixed with huge volumes of water.

In November 2015, just 120km from Júlia's hometown, the collapse of a mining tailings pond caused the largest socio-environmental disaster in Brazil's history. Small towns were overwhelmed by almost 40 billion mud, possibly toxic, in one of the most important basins in the country. In January 2019, another pond catastrophically ruptured in Minas Gerais, killing 272 people.

Mining carries conflicting feelings. On the one hand, it powers the economic machine and satisfies the need for individual and collective material comfort, stimulated by the market and the industry. On the other hand, it generates incalculable damage and destruction, often invisible. By being active in demand, we become silent accomplices in the generation of wounds in the landscape and in the beings that inhabit it.

Here, the photographer shares a selection from the aerial atlas of mining documentation that he has been collaborating with an airplane pilot since 2015, frequently flying in prohibited airspace. Examining the terrain in small cutouts, she investigates the emotional relationship between herself, the people, and the landscape.

Through her photographs, Júlia addresses her own conflicting feelings that include being a part of and a witness to the problem. Her family owned an iron ore (pig iron) processing plant for more than 50 years. Ironically, the women in her family suffer from a genetic disease that prevents them from processing and eliminating iron and accumulates in excessive levels in their bodies.